OPEN TO THE GENERAL PUBLIC!!! BUY YOUR RAFFLE TICKETS TODAY!!! Welcome to the most FUN part of the RRBC WRITERS’ CONFERENCE & BOOK EXPO, 2016!!!  We appreciate the support of all of you s…

November can be a strange month if you’re signed up to NaNoWriMo. A month filled with 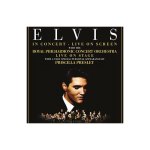 words (of course) but also numbers… that constant word count check, am I up to the target? My usual plan is always to try and write as much as possible on a Sunday and (hopefully) that way manage to get a few days ahead to allow for those days when you just can’t write – like if you have plans to go and see an Elvis concert for example (and that was AMAZING by the way!!)

And then you get to a day like today when I started the day with just under 3,000 words left to hit that magical 50,000 target… with each check the number got closer and closer and then, almost without warning, you do the validation check to see where your word count is up to and BOOM!!!!!

Yes the 50,000 target has been hit – granted at this point I am only 56 words over the target but even one word over would count 🙂 The Imagined is in no way a complete book yet – there is still more of the story to go and I hope to keep on writing it for at least the rest of the month. And then we shall see 🙂

So, fellow NaNo-ers I hope the target is in sight for all of you and if not, well there are still a couple of days left to get those fingers tapping on those keys 🙂

Last night I happened upon a very interesting documentary about the desegregation of busing in Boston public schools.  The call for desegregation and the first years of its implementation, led to a…

Welcome fellow Wrimos! If you’ve read even one article on book promotion, you’re familiar with the term “author platform”, which is basically your marketing reach. It’…

So, we’re at day 20 of Nanowrimo – doesn’t seem that long since the long hard slog was about to begin and now we can see the end just over the horizon. I know that many have already crossed the 50,000 word finishing line – bravo to you. Many others are lagging far behind – don’t give up if you’re at that point, there is still time to get your write on and race to the end.

This seemed like a good point to introduce you to the world which has taken up a large portion of my time and concentration so far this month… the world of The Imagined.

Novel synopsis: On the world of Nihedr (nee-hed-r) existed The Imagined. A race of creatures brought into existence by The Iigned (eye-gned).

Being creatures of imagination The Imagined were not considered alive. They were not real.

Chia was Imagined but he always believed that the family of Iigned he worked for considered him to be one of them. When Chia was accused of a terrible crime his world came crashing down around him and his status of being “only” Imagined came painfully home to him.

Was there anyone out there who could help him now? Anyone who would even want to?

I hope someone is intrigued by this little introduction 🙂