Mistral Dawn is a thirty-something gal who has lived on both coasts of the US, but somehow never in the middle. She currently resides in the Southeast US with her kitty cats.

You can find out more about Mistral Dawn here:
Facebook
Her Blog 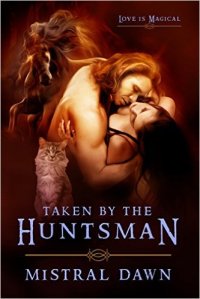 Discarded and ignored by those around her for most of her life, Cassie is a lonely human woman struggling to find her place in the world and meaning in her life. Cadeyrn is the Erlking, the leader of the Wild Hunt, a hundreds of thousands of years old Fae who has always known his purpose. He has spent his entire long existence tracking the criminals of Fairie and punishing them for their crimes.
While hunting for the murderer of a child who has escaped to Earth Cadeyrn comes across Cassie and realizes that she is the one that the great mother goddess has designated as his soul mate. He kidnaps her and takes her to his fortress in Fairie to protect her from his many enemies. He knows she will be angry and that he’ll have to work to earn her trust, but he finds his task to be even more challenging than he had thought it would be due to Cassie’s difficulty in opening her heart.
Will Cadeyrn be able to convince Cassie that the bond between them is real and earn her love?

The Summer Court is in an uproar. The king has just been executed for unpardonable crimes, and the queen is prostrate with grief over his loss. This leaves the Summer kingdom bereft of true leadership; a problem which is compounded by the fact that the laws of Fairie require balance to be maintained by having a male and a female ruler for both Season Courts at all times. Uaine, the Summer prince, is the only one who can put things right, but he is without a mate. Knowing that he must take a bride quickly, for the sake of his people, even though he is struggling with his own feelings of pain and anger over his father’s treachery, he goes for a walk in a forest near the palace to try to clear his head and determine how best to choose a female to rule beside him.

While walking Uaine discovers a human female running loose in Fairie, which is against the most basic tenets of Fae law. Furious at one more problem he must deal with, he takes her prisoner and locks her in the dungeon; only to discover later that she is his soul-mate. The magical bond between them means they are meant to be together forever, but humans can’t feel the magic of Fairie. Will Uaine be able to win her heart and convince her that she can trust him to keep her safe from all the dangers of Fairie…including himself?

Roni is a human con woman and petty thief. Having run afoul of the local crime syndicate in the city where she is staying, she finds herself running for her life. Trouble is no stranger to her, but when she falls through a hole in a wall and finds herself in a world with carnivorous trees and rocks that eat people she realizes she may have found more of it than she can deal with. Rescued/arrested by the prince of the Summer Court, it doesn’t take long for her to formulate a plan to use him to get herself home. Unfortunately for her, she soon finds that her heart, which she had thought long ago turned to stone, has begun to feel the love she has been playing at. Will she be able to overcome a lifetime of caution and allow herself to follow her heart? Can a criminal love a cop? 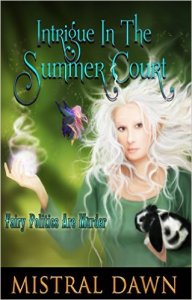 Jillian knows something bad is going to happen! She has been a loyal adviser to the throne and friend of the queen, Briallen, for thousands of years, and now Roni and Uaine’s wedding and coronation are to take place in just a couple days. The Summer Court will have a new king and queen, who, it is hoped, can repair the damage and heal the schism the late king created.
But Jillian can’t shake the feeling that trouble is brewing. Many of the Summer nobles aren’t happy about the changes that are taking place in the Summer Court, and many of the other Fae just aren’t too sure about having a human on the throne…even if she has been blessed by the goddess. When Angelica, the leader of the Pixies, comes to her with news of a plot to murder the prince and princess, Jillian’s suspicions are confirmed. Will the two of them be able to unravel this conspiracy in time to save the royal couple? Or will prejudice prevail, and the hope for peace in Fairie be lost forever? 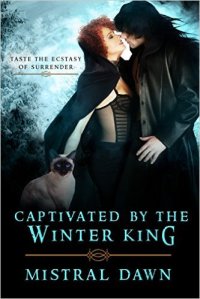 Kate is a woman on the run. After years of being physically and emotionally abused by her fiance, she’s finally had enough. But leaving might be even more dangerous than staying, so she needs to get as far away as she can as fast as possible. A late night, desperate drive through the pouring rain ends suddenly when a cat appears in the middle of the road. While trying to avoid the half-drowned creature, Kate loses control of her car and crashes through a portal to Fairie.
Ankou is a fallen God of Death and the king of the Winter Court of Fairie, and he’s facing pressure from every direction. The magic of the Court is out of balance due to the centuries-long lack of a queen. He is harried constantly by the Court nobles who want him to either step down or take a mate. All the duties of a ruling pair rest squarely on his shoulders. And added to all this is a soul-crushing loneliness. His existence stretches back hundreds of millennia, and in all that time he has never found the one person who could warm his lonely heart. He is exhausted and discouraged, and the last thing he needs is to go tearing off into the night on a fool’s errand. But one of his lingering god powers is the ability to sense the right course of action to follow, and his instincts are screaming at him to go to a particular place in the forest of the Winter kingdom and wait. Imagine his surprise when he finds the one he has been waiting for his whole life!
Using a careful blend of patience, seduction, and domination, the Winter king tries to win his soulmate’s love. Feeling safe and valued for the first time in her memory, Kate explores her new freedom by agreeing to try the BDSM games her lover suggests. As she experiments with both domination and submission, she learns just how liberating surrender can be. Will Ankou be able to convince Kate that she can trust him with her feelings as well as her body? Will Kate find a way to overcome the trauma of her past and open up her heart to accept the love that is offered to her? Can these two broken people find a way to fit all their disparate pieces together into a stronger, united whole? You’ll have to read to find out!